By now it’s widely known that the comedic genius of the stoner pantheon, Cheech Marin, is a dedicated, generous, exceptionally knowledgeable, genuinely passionate collector and champion of Chicano art. But for most of this 40-year enterprise, Cheech’s life as an art connoisseur was below the mainstream radar. That changed when the landmark exhibition drawn from his extensive collection, Chicano Visions: American Painters on the Verge, toured institutions around the country from 2001-2007. This not only raised Cheech’s profile as a collector, but it introduced the richness of Chicano art to a new audience of millions, and perhaps most operationally, it opened institutional eyes to the gaps in their own collections and programs, and to the untapped enthusiasm of these new audiences as well.

The call to institutions right now is to be equitable, and the Riverside Art Museum is particularly energized to build on the potential of that — and their sponsorship of a new permanent museum housing the Cheech Marin collection, as well as their commitment to academic scholarship, museum practices, and community engagement surrounding it, is the vibrant proof of that.  Cheech donated about 550 pieces in all to Riverside Art Museum (RAM) to create the new museum, so at the current rate, it will take about four years to publicly exhibit everything; part one of Cheech Collects is now open, and part two arrives in early 2023. In addition to curated rotations showing off the historic permanent collection, The Cheech’s program will delve more deeply into the careers of individual artists, for example, Judithe Hernández, who will have a major retrospective opening in 2024.

As The Cheech opened its doors to well-deserved local and national fanfare this June, we caught up with Marin himself to get a personal perspective. “To my mind, this is the most important American school of painting,” Cheech starts by telling L.A. Weekly. “And it’s continuing its evolution right now.”

Looking around the first installation, and knowing you’re in Riverside — one of the largest Latino-majority metro hubs in the region — it is striking how there’s so much crossover in the work, not only with threads of art history, but with street culture, murals, public spaces, politics, protests and more, speaking to how the idea of Latinx and Chicanx representation in art dovetails with broader social justice issues. Not to say that Up in Smoke was political activism per se, but in the decades since those heady times, we’ve all become more aware of how society’s disparate economic and carceral realities play out, and that, too, is part of the story of this collection and this museum. Frank Romero: The Arrest of the Paleteros (The Cheech | Riverside Art Museum)

“Chicano art was always political art,” Marin often says. “Not only are these works beautiful and complex, but they also raise visibility for social justice issues, and shape our popular, political, and cultural consciousness.”

The 61,420-square-foot center (yes, he makes that 420 joke all the time, even saying it was a sign, a kind of green light, if you will) opened with two major exhibitions. Centrally, Cheech Collects is a multi-part showcase of Marin’s collection, including many iconic pieces by Patssi Valdez, Wayne Alaniz Healy, Frank Romero, Carlos Almaraz, Margaret Garcia, Judithe Hernández, Frank Romero, Sandy Rodriguez, John Valadez, Gilbert “Magú” Luján, and Glugio “Gronk” Nicandro. He donated about 550 pieces, so at this rate to see everything will take a few years — during which time the collection threatens to grow even bigger. There were a number of competing institutions that I was going to start giving pieces to. And I did it once. For the San Diego Museum, I gave them a giant John Valadez piece. And I was wondering how to proceed with all that, and I looked up and this house was falling out of the sky on me. You know, like the Wizard of Oz. The [Riverside Art Museum] came to me with this proposition because I had done a show at RAM, a show of works on paper, which was the biggest show they’d ever had. This building has been the town library, and they’re building the new library now down the street, and so they had to repurpose this building. The City Manager came up with a bright idea — give Cheech the building for the collection in both senses, to house it, and to be a permanent gift to stay here and be exhibited. I didn’t understand what they were saying at first — you want me to buy a museum? I’m doing okay, but I don’t know if I’m buying-a-museum rich!

But it must just be so gratifying to see the evolution of people’s attitude towards this aspect of art history. The change moved so fast just in the last decade toward what you’ve been trying to tell people this whole time.

CM: Well, it was after we started doing the Chicano Visions tour. That lasted seven years, we had 14 major exhibitions, from the Smithsonian on down. But in the art world it takes repetition, it has to happen over and over again. So we started hanging out with all these museum people and they were like, well, we’ll check with you in 20 years. I don’t know if I’ll still be alive in 20 years! From the time RAM brought the proposition to me to now is a little over five years and according to them, that’s warp speed in the museum world. So how do decisions get made as to what to show? Is it just figuring out how to exhibit everything eventually, so the permanent collection will change out? Will there be new shows by artists coming through that maybe aren’t (yet) part of the core collection? Will there be solo deep-dives into individual artists in your collection? Because I know you never buy just one thing from an artist.

CM: All of the above. This is an introduction to the highlights of the collection. This is the first pull. I gave the museum about 550 pieces, and so the first estimate is that it would take about five years to roll through all of it… There are about 100 pieces in this room now, actually 90. The first pull was about 130. We started working on that and shrank down because we realized that we’re not on any timeline. There’s no rush to do this. It’s not going anywhere, there’s not another show coming in and we have to get out. And yes, generally I do collect in depth everybody I like because they’re there and available. That’s how I put this collection together, because all the masterpieces of Chicano art were available for purchase when I started collecting. So how come the show isn’t called I Told You So?

CM: It’s just my innate modesty! This collection has been displayed in over 50 different museums, that’s unheard of for a private collection. But my retort to any hesitancy was always, “Well, I have this collection, and you don’t!” And there was never any answer to that. I’m not part of any academic situation. I don’t have a PhD in Chicano Studies —

You should! Dr. Cheech. Dr. The Cheech.

CM: I could! But you know, in the beginning there was some pushback from within the Chicano community. They were like, well we like you as a comedian. But who is a comedian to tell us what’s what about Chicano art? That was never my purpose. I’m trying to get people to see that, and once they start really looking, the whole case changes. RAM’s Artistic Director of The Cheech, Maria Esther Fernandez, concurs. “This is the dream job, I have to say,” she tells Weekly. “My approach to curation is very much like storytelling, and I really do feel like as curators, we are caretakers.”

Fernandez wrote her Master’s thesis on curation conceived as, “healing and intervention, especially for communities that are disenfranchised, communities that haven’t been able to really fully own their stories and histories and tell them at our institutions.” Working collaboratively with Todd Wingate — RAM’s director of Exhibitions and Collections — as well as with Marin, the team sat with the works and realized they wanted much more than a checklist of greatest hits. “Really, we were thinking, what’s the story that we want to tell and then, of course, what’s the story Cheech wants to tell,” Fernandez says. “Cheech Collects balances the 40-year narrative of Cheech as a collector, with positioning the story of how this collection is art historically important.” 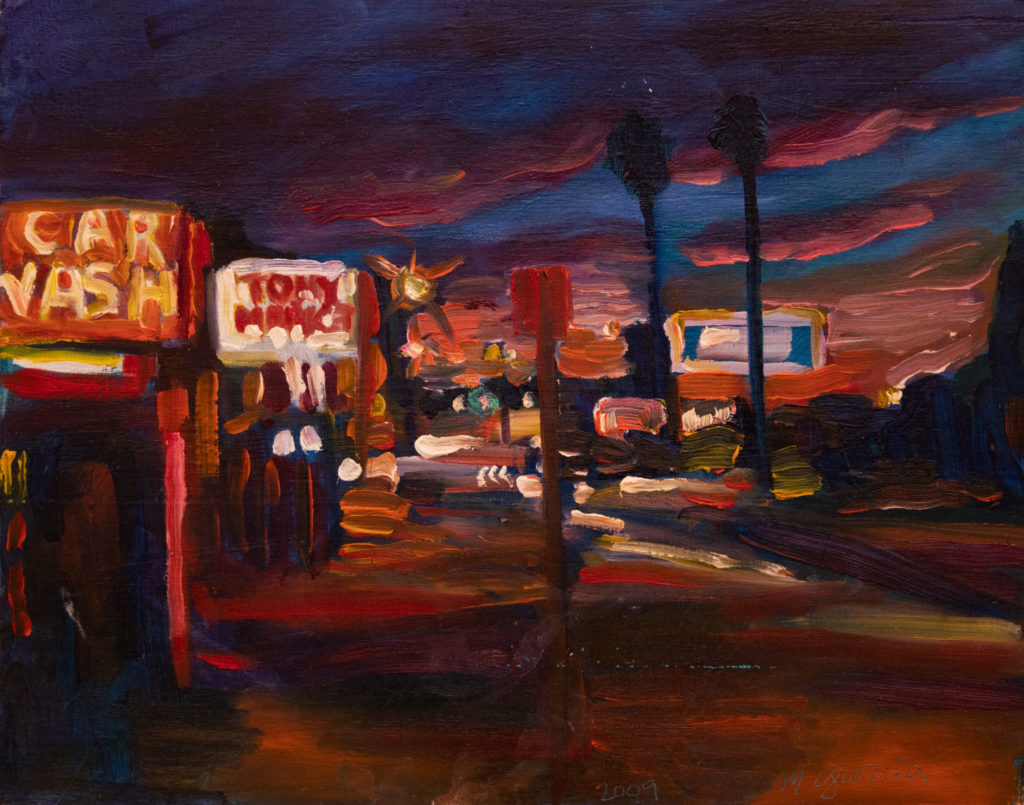 The inaugural presentation from the collection reflects deep thought about the function of Chicanx art in the culture, and how historically it was art that candidly and lovingly looked at place, looked to honor and instill cultural pride in the community. Thus, it is of paramount importance to The Cheech folks to have the community members come in and see themselves reflected. “This is a nod to that role that Chicano art had in the movement,” says Fernandez. “What Cheech calls ‘news from the front,’ which is this idea that Chicanos were telling the stories and reporting from their communities, which they continue to do to this day.” Concurrently, Collidoscope: de la Torre Retro-Perspective is The Cheech’s first temporary exhibition — encompassing almost three decades of work by Einar and Jamex de la Torre, with more than 70 mixed-media works, including blown-glass sculptures, installation art, and examples of the Brothers’ newest lenticular pieces. The captivating show was curated by Selene Preciado and developed in partnership with the Smithsonian’s National Museum of the American Latino, and is slated for a national tour after closing on January 22, 2023. The permanent collection galleries are centered around a massive site-specific two-story lobby installation — a 26-foot-tall lenticular monolith by the de la Torre brothers commissioned for the space. The spectacular backlit piece comes alive with layered optical illusions, hidden images, and a composition that changes as the viewer moves around it. The de la Torres’ central image is a monumental Aztec earth goddess carrying an environmentally minded message about “how to save the planet.” The Mother Nature figure emerges from lush botanical ground; as viewers move, she dissolves and becomes a cyborg robot made like a Transformer of lowriders. Nestled within the densely detailed textures are regional sights like windmills, solar panels, train tracks, freeways, and desert landscapes full of native plants. 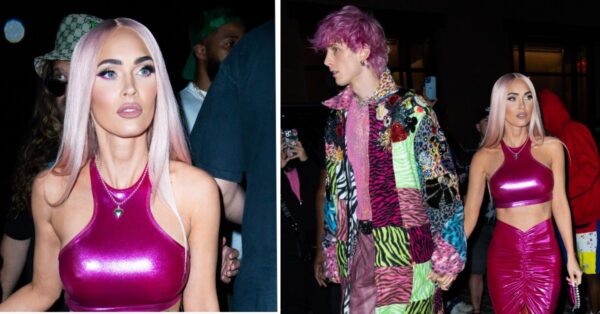 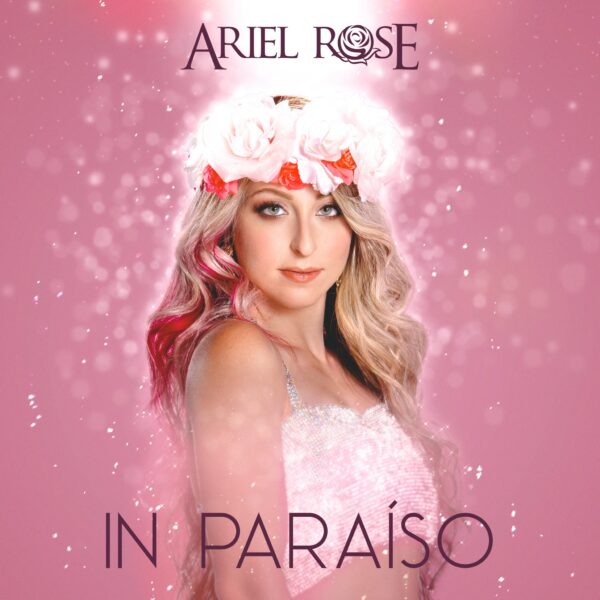 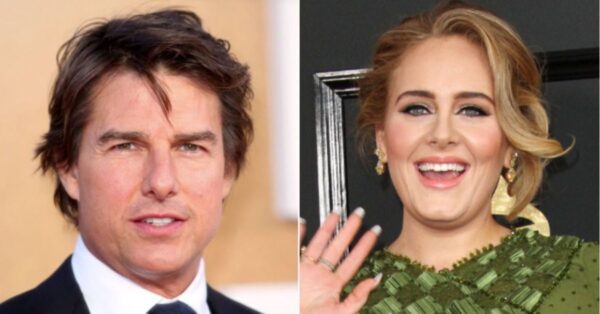